Problem solver (And maker),
Inquisitive (Root to most of my problems),
Software craftsman (Don't ask for estimates)

TamilNadu Government conducted hackathon event in Anna University for all the software enthusiasts. Myself along with 4 other thoughtworkers participated and built an app prototype that eventually emerged as one of the winners.

We named the app as KYC (abbreviation for Know Your City) which is an overlay of all the entities controlled by the municipality over an open sourced map with options to add/edit/modify existing entities.

Almost two days of mucking around with leaflet.js and its plug-ins resulted in an app to showcase our idea…

If you would like to see how it is done, here is the Source Code

Features built for the CMA

Features built for the public 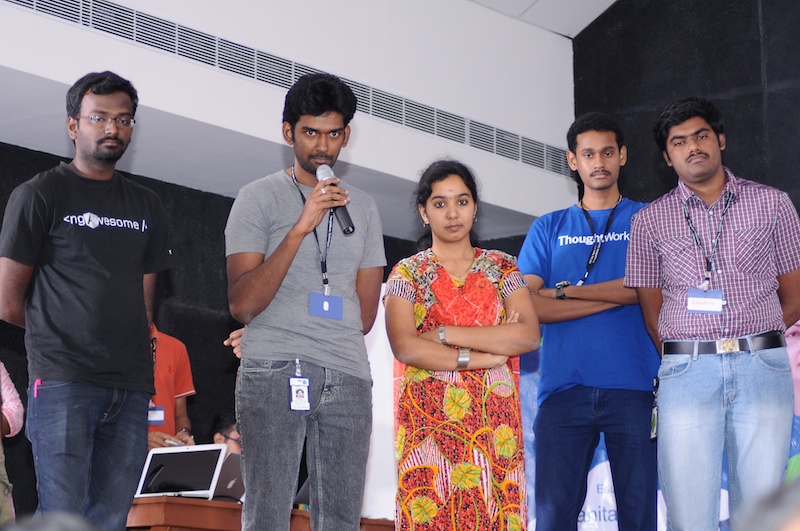 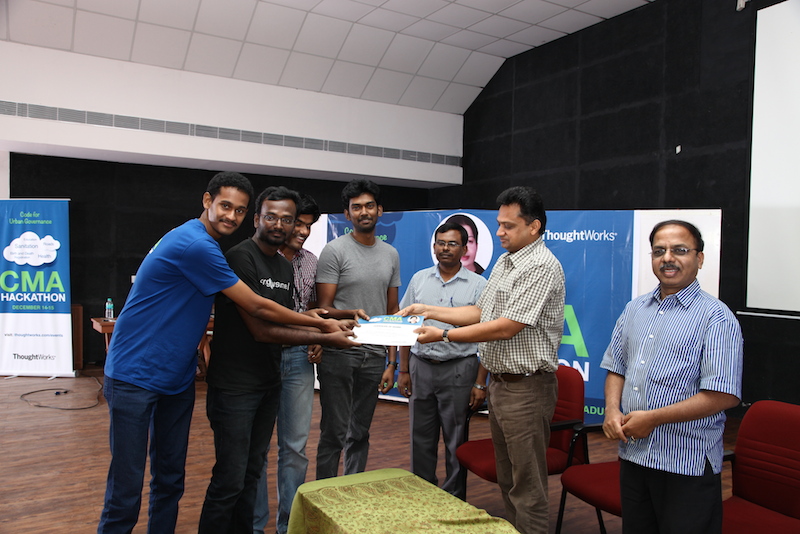